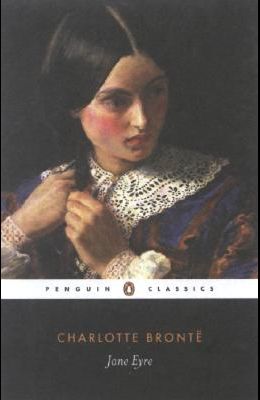 “I could not answer the ceaseless inward question – why I thus suffered; now, at the distance of – I will not say how many years, I see it clearly.”

What does misery do to the young mind?  A great many things.  Everyone responds differently given the same circumstances.  In the classic novel written by Charlotte Brontë, we are presented with one young girl’s response to the trying vexation that occurred in her youth and how it influenced her for many years afterward.

What else influences someone in the early stages of their youth?  Besides perfect misery, religion (specifically Christianity) often molds its young observer in one of two directions: skepticism or pious devotion.  Modern-day Christianity seems to produce a third category: a generation of spiritually indifferent but emotionally active Sunday-only disciples.  That aside, both misery and early exposure to pious devotion to Christ shape little Jane Eyre.

The result (at least as it is played out in this novel) can be surprising at times, but oh so sweet.  And with that, let’s review this wonderful piece of classic literature!

Young Jane Eyre is an orphan.  Her parents passed before she was old enough to know who they were.  Her maternal uncle and his wife graciously took her in, but that was before her uncle died.  Now Jane remains with her aunt, Mrs. Reed, and three cousins.  Her uncle was the only one left in the world who truly loved her, and without his calming influence, Jane is treated quite horribly by everyone in the house.

Jane’s aunt seems to be completely outside of reality.  We see this clearly when a certain Mr. Brocklehurst comes to visit Mrs. Reed and she describes Jane as such a mean, selfish, and violent creature, when she actually suffers more from the mean violence and selfishness of the Reed family.  Mr. Brocklehurst suggests Jane be enrolled at his charity school and Mrs. Reed agrees.

Eventually Jane is shipped away to this charity school, where things are strict and drab.  But the teachers genuinely love the students and care for them as their own means allow.  With the help of a new dear friend, Helen Burns, Jane learns to be studious and devoted in her work.  Helen is a spiritual child, often sick, and looks joyously to a reunion with her God and Savior when she passes from consumption.

Jane leads again, a quiet unassuming existence for several years after Helen passes.  She graduates from the Lowood School for Girls and begins to teach there.  Jane, though leading this rather boring life, is satisfied and still enjoys the company of her favorite teacher.  However, things begin to change when her teacher marries and leaves the school permanently.  Jane falls into sadness and loneliness and questions why she remains at Lowood.

After advertising for a short time, she receives notice of an opening for a governess at Thornfield Hall where a Mr. Rochester desires someone to care for and teach his young ward, Adele Varens.  Jane quickly slides into a routine at Thornfield and even begins to enjoy her life there.  But mysterious things are happening at Thornfield.  Mr. Rochester seems to be seeking for someone’s hand in marriage, but an attempt at his life starts a chain of events that quickly spirals out of control.

Everything You Could Want

Let me just preface my review by saying this book has everything you could want.  There’s a classic story of coming up from ruins and building a life of your own.  Romance is scattered throughout, with nothing risque or suggestive.  Mystery seems to prevail through much of the book, with just enough intrigue to keep the plot moving.  Forgiveness and kindness are important themes that are braided throughout Jane’s story.  There’s even long-lost family members reunited!  What more could you ask for?

I was impressed by the spirituality that permeated this book.  I’ve read most of the Jane Austen books, and lots of other period classics, but I’ve not run into as much Christian material in other books as compared to Jane Eyre.   I was quite pleased!  There are many Bible verses scattered throughout, and Jane even considers becoming a missionary.  The doctrine probably isn’t perfect, but the premise of Jane’s existence as an adult seems to turn around her faith.  I believe this is due in great part to her friendship with Helen Burns, who is a lovely example of what godly friends look like.

While Jane is quite spiritual and more self-controlled as an adult, she struggles greatly with passion as a child.  This comes out a few times when she talks back to Mrs. Reed in the heat of anger.  She spends her life learning to control these wild, emotional urges so her passion is not presented as a good thing.  In fact, it is acknowledged that this is not a good thing and thus we see Jane focus on self-control.

Mr. Rochester is a complex character.  This is quite natural in literature because heroine is rather simple and to-the-point.  It is fascinating to watch the effect Jane has on his personality and habits.  There can be no argument when I say that Jane made Mr. Rochester a better man.  He stands as an example of where bad decisions take us.  He went through many difficult things before the book actually begins, but he goes through many things within the timeline of Jane Eyre and so we get to observe his character develop and back-track, trip and fall, learn and rise.  He is not the typical “knight-in-shining-armor” you might imagine, but as you make your way through the novel, you will realize that is okay.

To Read or Not To Read

I didn’t have trouble reading this book.  It’s 480 pages, but the plot carries so well I didn’t notice how long it actually was.  However, for many, the first 70 pages or so can be difficult because there are several characters that you simply despise.  I certainly hated those characters but it didn’t bother me enough to make me not even read the book (I’ve only hated the antagonist characters enough to quit reading the book once in Shiloh Autumn by Bodie Thoene).

What is so enjoyable about this book, is that (as the opening quote I gave you states) Jane understands over time why she suffered so severely.  It is the ultimate come-back story, with a Christian backdrop that is extremely encouraging.  I just can’t say enough good things about this book.

Hands down, this is one of the best books I’ve read.  It can’t beat A Tale of Two Cities of course, but it is ridiculously good.  I highly recommend that you track this book down and read it.  Unless you detest books, or hate reading, you will not regret it.  Go read it!!

Until the next review. 🙂