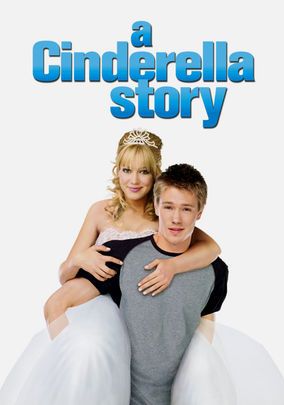 Rating: PG for some language, and brief sexual innuendo

Here we are again, reviewing yet another Cinderella tale, because apparently I can’t get enough of it all!  😉  Unfortunately, since I hatched this idea and started on it, I’ve got to finish it.  If I had watched 10 Cinderella movies on a whim, just because I wanted to, I don’t think things would be so bad.  But here I am, attempting to review some classic princess tales and I’m dismantling them all because of content I never took the time to notice before now!  If I’m unraveling your dreams with these Cinderella reviews, I recommend you stop reading and move on to another post.  Because this train will not be stopping anytime soon it seems!

Ok . . . so maybe I’m being a little dramatic.  And maybe I’m over-thinking my very-part-time job of reviewing the books I read and movies I watch.

So here’s my question for you . . . what starts and ends like While You Were Sleeping and attempts to play the Cinderella game for an hour in between?  You guessed it!  It’s the ever-loved A Cinderella Story starring the much envied Hilary Duff and Chad Michael Murray.

If you are still reading, congratulations.  You’ve made it through the introduction and are ready for the review.  Best of luck to you as I tear down another of Cinderella’s towers . . . oh wait, that was Rapunzel . . . you better just keep reading.

A One-Way Ticket to Princeton . . . or Prince Charming?

Samantha “Sam” Montgomery doesn’t have her mom, but she’s got her dad, and he’s the best a girl could ask for.  Things are simple, and while it’s just the two of them, less is more right?  They’re happy, content, and tight-knit.  Well, until Fiona walks . . . er, trips (literally) across their path.  Sam seems to disappear from the picture somewhat (again, literally), but her dad still spends time reading her favorite fairy-tales with her.

But one night, the house starts shaking.  Lights flicker, and dishes shatter as the Northridge Quake wakes half the population of Southern California.  Sam’s dad Hal takes a moment to make sure Sam is okay before running to help Fiona.  In a dramatic turn of events, Hal dies during the earthquake and Sam is left an orphan in the care of Fiona.  Hal apparently had left no will in the wake of his death.

Sam is quickly thrown into the role of house-hold slave and diner waitress extraordinaire after the death of her father.  Fiona turns out to be an absolute scum-bag (surprise, surprise) and Sam becomes her puppet.  But when Sam hits senior year, she applies to attend Princeton University due to her solid academics and has a budding internet relationship with a mysterious young man going by the name “nomad” who attends the same high school as she does.

Sam and “Nomad” have yet to meet, and plan to see each other for the first time in the center of the ballroom on the halloween party night at school.  But Fiona catches wind of Sam’s plans for Princeton and refuses to allow Sam take time off to go to the school party.  Sam has now reached an important crossroads and she has to decide whose rule she will live under.  The result?  An intriguing but predictable set of events.

Sarcasm Is the New Kindness

I am trying to come up with something nice to say about A Cinderella Story . . . give me just a minute, I will think of something.  Austin Ames is pretty cute . . . oh and Sam’s buddy is really nice and kinda fun.  That intro and outro tune (originally played in While You Were Sleeping) makes you want to dance though, so the movie does have that going for it.

But that’s about it.  Depressing isn’t it?

I will say this – while I can’t call this an “awesome” movie and it only barely qualifies as a “good” movie, it wasn’t necessarily because of content issues.  There are definitely some . . . um, interesting tidbits and some character considerations to make, but I can’t technically classify this as a bad movie (my old attachments to Hilary Duff / Lizzy McGuire won’t allow me to).

Some small inappropriate things that show up in this film include a close up of an underwater fart, Sam’s somewhat bare mid-riff, one homosexual dig / joke, and an odd comment that goes something like this, “Clean the elephant butt’s with a wet one.”  At one point Sam tries on a Luau outifit, and Carter (her buddy) says, “Aloha!”  We see a short clip (mostly unfocused) of the side of Fiona’s diner that shows a scantily clad, large-chested woman.  Shelby and her gang of cheerleaders wear suggestive and revealing clothing throughout, including bikinis at the pool.  At one point, Carter makes out with a girl quite passionately and Sam also ends up kissing someone for several minutes (again, rather passionately).  The worst bit of this is when Sam tries to talk to Fiona and ends up finding her (naked) in the tanning bed.  We don’t see Fiona naked of course, but we do see Sam’s reaction and we see Fiona’s top half nearly falling out of her skimpy towel.  There are a few scattered comments about large chests.

One dig at a central character named Rhonda points out her skin color “. . . Betty Crocker from the hood!”  This honestly did not occur to me as negative content, but I laughed at the audacity of the writers to put that in, even the evil step-mother says the words.  It would be much too risky in today’s society.  There are a few bad words including h–l, d–n, and p—-d.

Before I get to my main problem with the movie, I need to deal with the logical thought process (or lack thereof) behind this film.  First, the timing.  Sam somehow works before school (when it’s daylight) and still is not late for work, and even has time to pick up Carter too?  Also, who gets to spend that much time sitting outside in the courtyard and texting?  It’s like these kids go to school and socialize, not sit in class.  Second, for being a quarter-back at a school with 3500 students, the football field is tiny, with a small number of bleachers, and a crowd that all seem to know the quarterback by name . . . seems unrealistic to me.

Now for the real reason I reviewed this movie: Cinderella is a jerk!

I spent some time on this in my last Cinderella review (Not Cinderella’s Type), but there seems to be a movement to make a jaded, sarcastic, and unkind Cinderella very much a part of the modern retelling of her story.  I won’t have it.  It grates my nerves, and it feels plain out wrong.  Am I the only one in this camp?  Yes, I agree, it is satisfying to see someone who has suffered so much finally meet the guy of her dreams and get such a dramatic and passionate kiss at the end before they ride off into the sunset.  But the point is that Cinderella endured in a kind and courageous attitude.

Sam does not fit that bill.  Not even close.  She is judgmental, biting, grumbling, assuming, and overall quite selfish (even though she spends all her time in servitude to her step-mother and step-sisters).  An egotistical Cinderella who chews out the prince and somehow still ends up with him and everything else she wants doesn’t tug on the heart strings.  Not one bit.

One bit of credit to Sam: I would be irritated if Prince Charming was as blind as “Nomad” is.  He can talk directly to Sam and not even recognize her as his mystery Cinderella.  He waxes on about how no one knows who he really is, and he won’t even take the time to truly find out who Sam is.  It lengthens the film (I don’t know how else they would have made it that long if he didn’t play dumb for most of it), but beyond that, it is pure frustration.

To Watch, Or Not to Watch

What starts and ends like While You Were Sleeping and attempts to copy Cinderella in between the groovy music?  You guessed it: A Cinderella Story.

There isn’t a lot going for this movie, and I have somewhat of a neutral stance on whether this is a good one to watch or not.  If I watch it as an indifferent girl just looking for a nice chick-flick, it works.  If I watch it as a movie review blogger, I tear the movie to shreds.  So it’s up to you again, dear reader to decide if this film is really for you.

Until the next glass slipper!