Citizens: A Chronicle of the French Revolution by Simon Schama 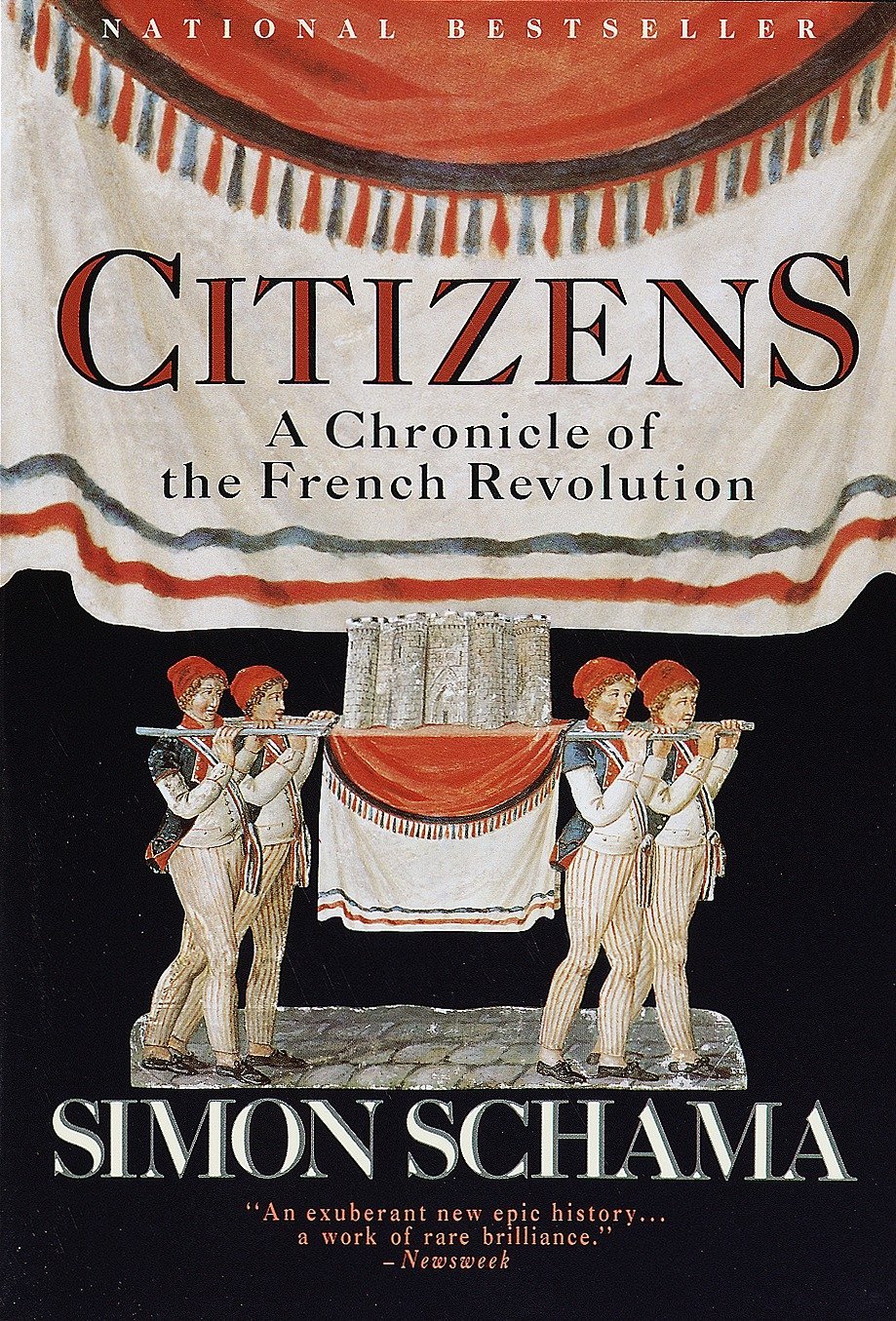 It’s hard to judge the content here.  The thoroughness in research and the level of historical content that fills this mountain of literary work is incredible.  But this does deal with the French Revolution.  Violence and sexuality permeate the narrative, the former naturally and the latter as a matter of truth, though not discretion.  Sexuality played a huge part in the politics of France (unfortunately) but the way it is dealt with here is too light and too promiscuous.  Many pictures are scattered throughout the book offering both scandalous and pornographic views, as well as gory looks, at 1700s France.  It is possible to deal with fallen sexuality without going into details, and also without using pictures.  But Schama did not attempt to do so.

Schama is wordy, even for me.  In reading his introduction I noticed that he was positively delighted that he stepped out of the boundaries that a former professor / colleague had suggested in writing about the Revolution and stated that he, in fact, simply couldn’t state it any shorter that he had.  That is not always wrong.  It is indeed necessary at times to have an exhaustive history of a matter, but in this case it just didn’t fly.  I had some difficulty getting into the flow of the book, and while the line of thought at times kept me entertained, most of the time it was too overwhelming to make sense of anything.  The number of places I had to look up, the words I had to translate or search for in the dictionary, the people I had to strain to remember who they were made the book so very difficult to enjoy reading.  I quickly put this book down, though not until I tramped through 100 pages and ended at the chapter given wholly to the sexual panderings of the French royalty and aristocracy.

History has lost its steam in our generation.  Granted, this book was written over 30 years ago, but nevertheless, the books that academia produces on historical events do not inspire a love a learning and history.  In fact, it does quite the opposite.  Although this book was jam-packed with information about people, places, events, and even statues important to the Revolution, it did not grab me as other books have (quite large books too at that!)  Suffice it to say that what Simon Schama took nearly 1000 pages to say, Alexis de Tocqueville summarized quite nicely in his 300 page (or less if you don’t count the appendices) treatise on the reasoning behind the Revolution.  As for a book that accurately details the events proceeding and leading up to the Revolution, I have not yet discovered one that holds my attention.  Perhaps it is time to write it and do our generation, doomed to repeat history, a huge favor.