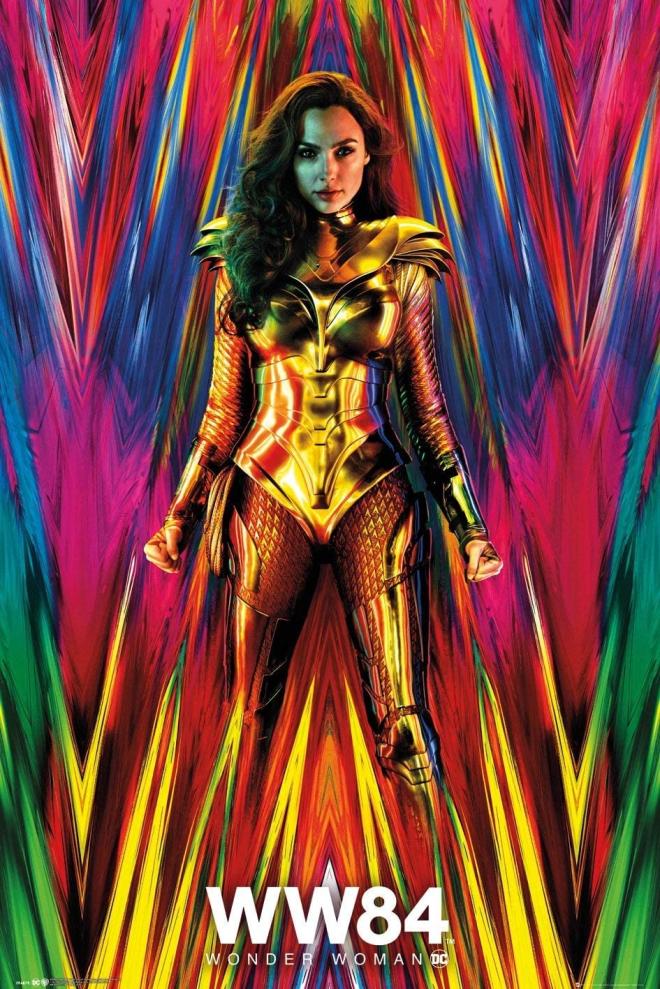 Rating: PG-13 for sequences of action and violence

I don’t watch movies from the DC Universe.  I am an MCU fan all the way, and I have no qualms about “missing out” on the DC franchise.  However, I did watch Wonder Woman (2017) when it came out and enjoyed it.  Maybe just because Chris Pine was in it, but hey, I watched it.  However, I did not feel that a sequel was needed.  Sure, it would be nice if only to get a “resurrection” of Steve (Chris Pine), but I didn’t see that coming with the timeline jump at the end of the first film.

I was not surprised when WW84 was announced, but I was upset when I saw the trailer.  There’s only one reason why and it’s just horribly romantic of me: when I saw Steve in the trailer, I knew it was a teaser meant to pull us in.  To show him in the trailer simply means he will be gone before the movie ends.  I felt this was mean-spirited towards Diana’s character.  She has spent all this time living alone, mourning Steve but moving on and caring for the people around her.  The only reason to do this is to introduce romance in a movie that would otherwise have none.  Sigh.  Well done DC, you’ve lost all hope of recruiting me to watch your movies.

How about that?  Now I can say I’ve ranted at the beginning of a blog post, not just the middle and end!  Welcome back dear readers. 😉  Before I lose you, lets get to the review.

When You Want to Have it All

Diana works at the Smithsonian Museum as a consultant, archaeologist, and academic extraordinaire.  She lives alone, doesn’t go out with anyone, but she’s still saving the world in little ways (and sometimes not so little ways).

Max Lord is a self-help guru and oil-investment agent.  He’s on the big screen and he looks as powerful and influential as he sounds – but only on the outside.  In a worn down warehouse, with a lonely secretary and a son that spends most weekends with him, Mr. Lord is running thin.  His investments are struggling, disappearing even, and life is about to get messy.

Barbara Minerva is an average woman: average looks, average weight, average social status, average oral skills.  In some ways, she’s actually more awkward than average.  For instance, she is awkward in heels and she’s awkward in conversations.  Sad thing is, she knows it too.  She tries not to feel bad about it, but deep down she’s jealous.  And when she meets Diana Prince, she sees everything she doesn’t have – at least, she thinks she does.

When Diana interrupts what looked to be an average mall heist, things begin to change drastically for her, Barbara, and Mr. Lord.  A rare gem, revealed to be the Dream Stone grants the wishes of those who touch the stone.  And when each realize what happened when they touched the stone, the world begins to fall apart.  Literally.

No True Hero is Born From Lies

Before we go any farther, I have a dispute on the MPAA rating for this film.  I don’t necessarily argue the PG-13.  I don’t believe it closes in on an R-rating.  BUT!  Why is the sexual aspect of this film not listed??  We see two people in bed, obviously naked (we only see the guy’s chest and back, but still . . .), kissing, and everyone knows they were in bed all night.  We also see another guy romance a woman, just to get at something else that he wants, but it’s still suggestive and came completely out of the blue for me.  If you ask me, we should add “some sexuality and suggestive comments” to the rating.  Just putting that out there.

Now to talk about Steve Trevor.  You already know I didn’t feel like he should be brought back in this way.  But there is something else off about this whole plot line.  Steve is not . . . Steve.  He feels different, odd, and just not what he was.  Granted he’s been “away” for forty years.  Things have changed and he has re-emerged into a foreign land.  That can be fascinating, but something just doesn’t seem right about him.  Maybe it’s the fact that although we hear Steve’s voice and “see” him (Diana after hearing his voice, imagines that he is physically there), we learn that he is just inhabiting the body of another man.  We see this when he looks in the mirror and sees not himself, but the man whose body has been taken over.  But again, we see Steve himself throughout the movie.  Just a side note: if you want to see a happy Steve reunited with his true love, go watch the MCU.  They did the whole Steve thing right. 😉

Violence is another thing.  It’s not horrendous, and there isn’t a lot of blood. But there’s some intense action and POTENTIAL SPOILER: Diana even bleeds a bit as she seems to be losing her powers.  Fights between super-heroes result in civilian casualties and some fatalities.  One woman, who receives super human strength, violently beats a man who made suggestive comments to her in the past and present.  She enjoys doing it too, which is disturbing.  Her character experiences a violent morphology that is disconcerting and not that fun to watch.  Is it just me, or is DC as obsessed with their villains as with their heroes?

The bottom line in this movie is simply a question: how much will be enough for you?  Would complete world power be enough in the end?  Would the ability to kill, maim, and control any who dislike you fulfill you?  Would the unending presence of the one you love make you eternally happy?  We may lie to ourselves and say, “No.  That’s not me.  I know those things won’t satisfy.”  But deep down, we all have these thoughts.  It is a subconscious part of our human nature to be greedy, jealous, and envious.  The grass is always greener on the other side.  But do we ever stop to consider that the neighbor’s yard comes with its own problems, albeit the fact that they are different from our own struggles?  Be careful what you wish for.

How to conclude?  I wouldn’t waste your time.  I watched WW84 simply because I wanted to see Steve and I wanted to know what they were going to do to him.  Needless to say BUT POTENTIAL SPOILER, I was right in my evaluation of what would happen and he was a temporary presence.

This movie definitely displays good qualities of what real heroes look like: sacrificing the thing dearest to you to make the world a better, safer, friendlier place.  We also are encouraged to put family first, before power, wealth, and fame.  But these lessons come in strange packages, ones that are probably not worth opening considering the somewhat-personal violence and sexual suggestiveness.  There wasn’t anything truly heinous about this movie, but like I said, Marvel did it better.

One last note.  DC played one card very well and that is the fact that often, to get what we want most, we have to lose the thing we treasure, or that others treasure about us.  As the film draws to a close, and the crux of the issue comes to a head, Diana and several other characters begin to ask the question, “What have you lost?  What is this costing you?”  In the heat of desire, we assume we can have our cake and eat it too.  But as the players in WW84 learn, things just aren’t that simple.

Until the next super hero comes along. 🙂