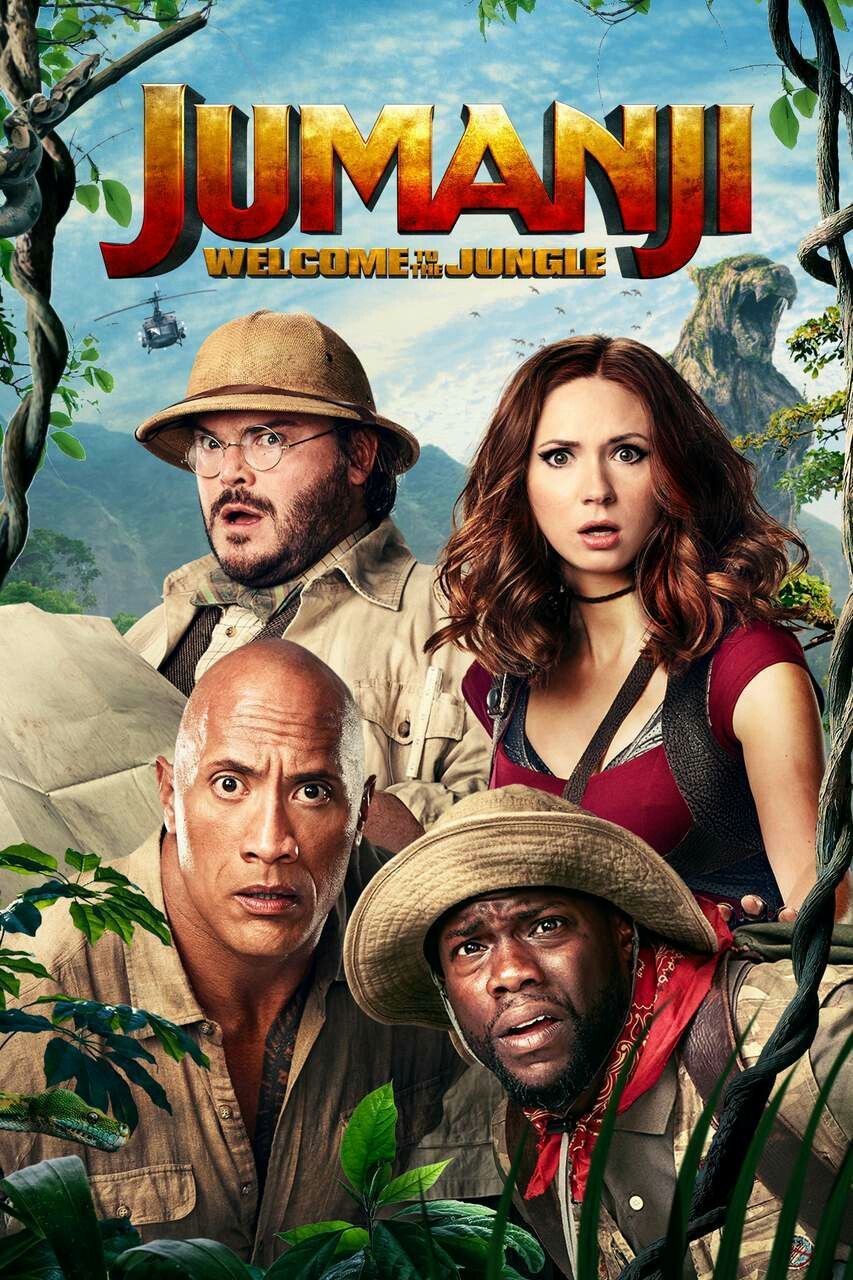 It’s a Jungle Out There

I love board games.  Love ’em to pieces (pun totally and completely intended.)  Empire Builder is super long and super fun, and not near as boring as Monopoly can sometimes get.  Sorry is a classic that never gets old.  Chutes and Ladders . . . well, at least it’s better than Life.

Now imagine that a random board game came to life by, er . . . sucking you in, quite literally.

Monopoly and Life might turn out quite similar to your regular every day life (although the money that would pass through your hands would definitely increase!)  But what if Jumanji drew you in and stuck you in its gaming adventure?  I suppose it would be interesting to say the least.

I’ve never played Jumanji – board or video game versions.  The only reason I watched the movie is because a close friend has made up a list of movies that I am apparently missing out on – Jumanji: Welcome to the Jungle was high on the list.  So here I am, reviewing a movie that I had barely seen previews for and based on a game I know nothing about.  Let’s get on with it, shall we?

The movie starts with a beach (it appears to be near a river of some sort.)  There is a young man who starts digging in the sand.  What does he find?  A board game – Jumanji – in near perfect condition.  (This is a call-back to the original, or so I’ve been told.)  He brings it home to his hard-metal brother who tosses it on his shelf.  Later that night, we see a bright green glow and woosh!  The young man has disappeared from his room entirely.

Twenty years later, we watch as four individuals who have little to do with each other end up in detention.  Talking back to the P.E. teacher, video chatting in class during a test, doing a bully’s homework, and forcing the class nerd to write your paper – all these qualify a student for detention.  And that is where we meet Spencer, Bethany, Martha, and “Fridge”.

They end up in the basement where they are supposed to de-staple a massive pile of magazines that need to be recycled.  Lo and behold, all four students end up being distracted by an old video game of Jumanji and subsequently find themselves on the other side of the TV screen when they select their characters.

With each having specific strengths and weaknesses, the four are told to trust each other and join forces to save Jumanji.  Considering their personalities . . . this won’t be easy.  But there is a motivating factor: they have only 3 lives before they “die” in the game, and supposedly die forever too.  There’s no way out until you finish the game.

Where do I start?  Last time with Ella Enchanted I started with all the bad things . . . and that was a lot, so lets start with the not-so-bad things this time!

Team work is a huge lesson here; also the good found in sacrificing for those around us when they are in greatest need.  These are both encouraging themes!  Man does not do well when he is left alone.  But give him three friends to journey life’s adventure with him and he will do much greater things.  Jesus said there is nothing greater a man can do than to lay down his life for his friends.  We actually see that in Jumanji: Welcome to the Jungle!

A little more subtle, but still present, is the idea that people are worth more than what their bodies look like.  This could have been presented in a better way and with less bad words, but the point is made nonetheless.  Loving people for more than what they look like is not easy, but in the long run, it is healthy and provides us with great fellowship with friends and family!

Aside from some good themes, there are quite a few laughs.  But . . . not all of them are appropriate.  And there are some questionable things you will want to consider before jumping into the jungle for this movie.

First, Bethany ends up picking a male avatar without realizing it.  Her avatar is played by Jack Black, who gives a hilarious performance, but this is concerning.  In some ways, she is not purposefully picking a male avatar, and we know she is not transgender or anything like that.  So it seems innocent.  But it really isn’t.  Here’s why: as I mentioned in my review of the movie Onward, the normalization of the homosexual movement begins with throwing something like this into a movie that everyone will watch.  It seems harmless and non-influential.  But how often do they have to put it into a movie before it doesn’t bother you?  Not very many, apparently.  This will send mixed messages to kids watching these movies and slowly, but completely changes our mind-set towards the presence of homosexual or transgender themes.  If you want a lengthier explanation of why I don’t approve of this, check out my Onward review

With what I mentioned above, we get a grand total of 50-60 seconds of Bethany (or Jack Black’s character Professor Shelly Oberon) learning about and even enjoying her new male anatomy.  I knew exactly what was coming and happily fast-forwarded this part.  It will be obvious when it comes so it is easy to skip, but it’s also a pretty good reason to skip the movie entirely.

Martha’s avatar is a fit young woman who wears a rather small halter top shirt and very short shorts.  For a time, Martha is obviously not comfortable with her new body, but she adjusts rather quickly.  Spencer also ends up in body completely opposite in style from his skinny, wimpish nerd body (obviously, since his avatar is played by Dwayne “the Rock” Johnson.)  The chemistry between the two is palpable at points – although the chemistry was already there for Spencer before the body change (kudos to Spencer for appreciating intelligence over beauty.)  However!  This makes for a few awkward moments, actually rather long moments.  Martha’s avatar ends up in a weird flirt session with two guards as a means of distraction.  She doesn’t know how to flirt and that’s obvious.  But she does know how to dance (it’s her avatar’s strength) and she does it rather suggestively as she fights the guards.  Later, she and Spencer attempt to kiss and it is plain out gross.  They kiss again later outside the game, and apparently learn how to kiss correctly and passionately in the time between.  *Seriously big eyeroll*

Beyond that, there are lots of bad words, with bad–s being a favorite.  B—h is used only a few times, and there are other curse words used throughout.  Jumanji doesn’t have a very high cuss-word count, but it’s enough to leave you cringing.

I’ve certainly not hit absolutely everything in this film, but I’ve mentioned the high and low points to help you make a decision with this film.  I won’t be watching this again.  It’s funny and I laughed really hard at several things, but I also cringed quite a bit.  (I didn’t even mention all the horrible bugs and snakes that are present.  There are a few disturbing scenes with bugs crawling on the bad guy who masters all the creatures in Jumanji.  If you have young ones scared by bugs and snakes and other creepy crawlies, this film is not for them.)  It’s almost stupid, but not quite.  It’s interesting, but not enough to make you want to come back for more.

I’ve already signed on to watch the sequel, because it’s on my friend’s list.  I am 2/4 with movies from her list – both Ant-Man movies were fun, and I enjoyed them; but Charlies Angels (2019) and Jumanji: Welcome to the Jungle flopped for me.  Oh well.  Makes for interesting movie reviews for my readers.

Have you seen the Jumanji movies?  What do you think?  Would you watch them again?  Let me know in the comments below!  I’d love to hear your perspective.

Until the next adventure! 🙂